For five long years, nothing has been heard of the fleet the merchants of Shairra sent to explore the forbidding shores of Ademorra. Now, ‘the Hydra’, admiral ship of the fleet, has returned, badly damaged and without a single living soul aboard.
Strangely enough, the ship’s figurehead has been replaced by four new Hydra heads, that seem to be made of pure gold!
After long discussions, the merchant houses of Shairra have decided to rebuild ‘the Hydra’ and send out an even larger fleet. At the same time, both the Kernian authorities and the city’s philosopher-mages are keeping a close eye on the ship.

Messengers have been sent far and wide, to search for aid in rebuilding the ship: talented craftsmen, experienced sailors, bold warriors and talented mages. But few answer the call, for rumours are already spreading of a strange curse that befalls all who come near the ship…

Return of the Hydra Rhynn 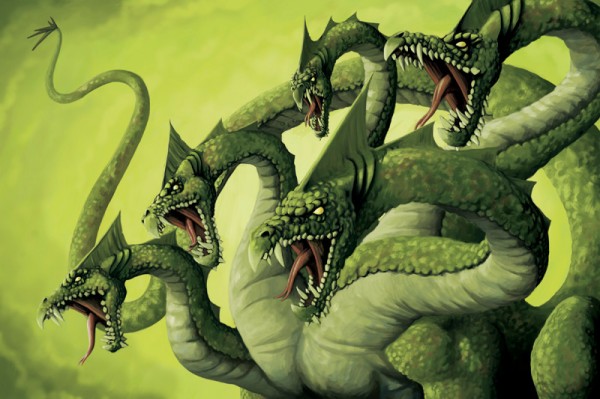 Return of the Hydra Comments

“The party was low on spells and hit points, but they still had three almost unlimited resources:

For good old sake:
BRING ON THE PAIN

I'm sorry, but we no longer support this web browser. Please upgrade your browser or install Chrome or Firefox to enjoy the full functionality of this site.